Why do we grind our teeth? 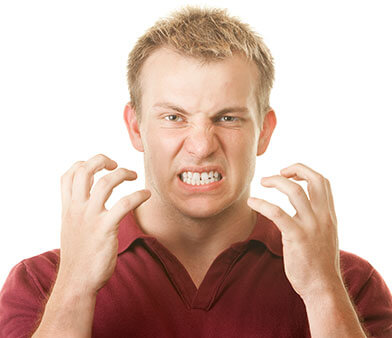 Teeth grinding (medically called Bruxism), is involuntary jaw movement resulting in forceful contact between the upper and lower teeth. It can sometimes create a grinding sound. Clenching is gritting of the teeth for a sustained period of time. Bruxism is also a cause, and symptom of Temporomandibular Disorders (TMD).

There are two types of bruxism.

Causes of secondary bruxism can include sleep disorders, airway obstruction, breathing difficulty, traumatic injuries, chronic pain, stress, anxiety, depression, drugs/medications, smoking, caffeine and alcohol. Since there are numerous causes of secondary bruxism, it is important for the treating doctor to screen and investigate these other factors.

Sleep bruxism has also been classified as a sleep related movement disorder by the American Academy of Sleep Medicine since 2005. Many dentists do not recognise sleep bruxism as a medical sleep disorder, and thus, treat it incorrectly.

Bruxism has been associated with snoring, obstructive sleep apnoea (OSA) and other sleep disorders. In snoring or OSA, when the jaw collapses back and blocks the throat (airway), the brain panics and sends messages to thrust the jaw forward to open up the airway. In doing so, the teeth start grinding, all to help you breathe.